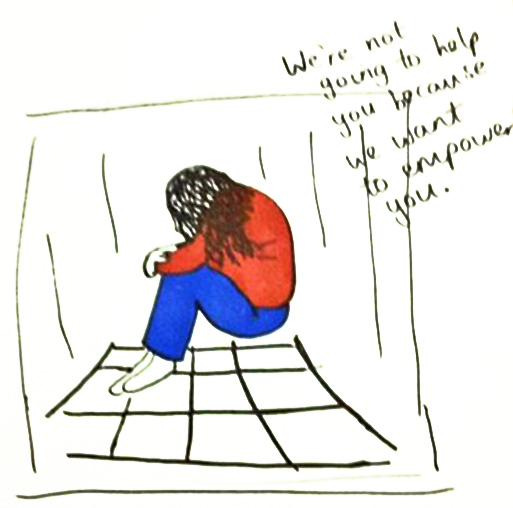 Neopaternalism refers to the practice, often seen in MH services, of professionals imposing their versions of ’empowerment’ and ‘independence’ etc. on individuals in their care regardless of the individuals own views. Typically, ‘independence’ in this context is near synonymous with discharge or cuts to care provision.

Neopaternalism prioritises the professional’s worldview, agenda, values and goals. As such, it mirrors traditional paternalism, but the content and language used is different. Emphasis on independence in neopaternalism is often framed as contrasting to traditional paternalism in which providing care is perceived as restricting a person’s liberty and autonomy. However, this obscures the fundamental similarity in which both approaches impose the powerful’s agenda on the less powerful.

Neopaternalism pervades the co-opted neoliberal recovery approach which is every bit as coercive as other models: there is an obligation to recover, find certain things helpful & failure to do so is pathologised by both services (PD) & alternative models (sick role). Underlying neopaternalism is pressure on individuals to fulfil neoliberal policy outcomes, conflating individual/citizen needs with government agendas.

“We’ve decided for you that you must not be dependent on us. Your opinion doesn’t matter because we are doing this for you, in your best interests. We are empowering you by discharging you to promote your independence. You must take responsibility. Nb We will not admit it has anything to do with neoliberal ideology or cuts”