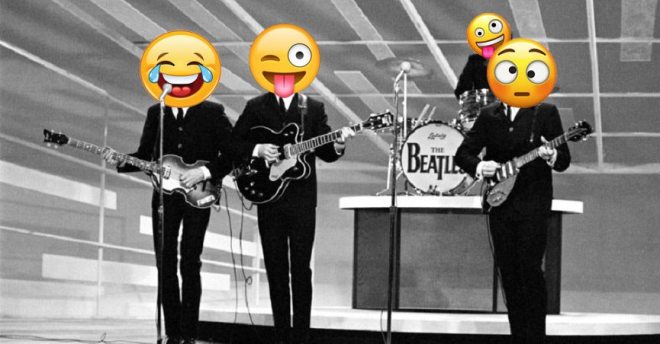 Did you know that psychiatric wards run their own Twitter accounts now? What’s next, Instagram?  Perhaps we can lose the Care Quality Commission and start carrying out reviews of hospitals on Trip Advisor instead.

Sussex Partnership Foundation Trust has an extensive Twitter network, with official ‘ward twitters’ and multiple ward staff running their own accounts. They call the patients ‘service leaders’ – language that denies the actual status of patients, often detained against their will, on psychiatric wards. The staff are referred to as ‘leader leaders’, trained through the ‘Leader Leader Academy’ which promises ‘quality improvement through Clarity, Competence, Control and Courage’ (is satire dead?). These ideas are taken from an American naval captain, turned public speaker, who suggests every business should adopt a ‘leader-leader’ model of management rather than a ‘leader-follower’ approach. The aim is to push responsibility as low on the organisational hierarchy as possible and for all employees to take ownership of leading the business. I somehow don’t think he was talking about patients detained under mental health legislation when he came up with that.

Am I really a ‘service leader’ while locked on a ward with little say about when I leave, whether I take medication and what belongings I have access to? If we flatten hierarchies to the point that we deny their existence, aren’t we just gaslighting those at the bottom? My own experience in a Sussex Partnership hospital was not one of a ‘service leader’. The problem with using such dishonest language is that it obscures the power and responsibility of those who can actually wield it. For example, a Sussex Partnership nurse tweeted a debrief form that had been filled in by a ‘service leader’ after they’d been restrained. What led to such poor judgement? Perhaps an unintended consequence of this language change is that staff begin to actually believe that patients have equal power, and that it’s OK to share their private, medical information on Twitter.

One of the wards using these terms is a psychiatric intensive care unit at Mill View Hospital. I was appalled to see multiple pictures of ‘service leaders’ posted on their Twitter feed, with smiley emojis superimposed on their faces. One of these pictures was posted by the ward manager, then ‘liked’ and retweeted by the CEO of Sussex Partnership, Samantha Allen. The patients would be clearly identifiable to anyone who knew them and the photos were humiliating, degrading and in clear contravention to multiple data protection laws (not least, that staff had the original, unedited pictures of patients on their phones).

Who are these Twitter accounts serving? Every kind of ‘professional’ Twitter sphere can come across as self-congratulatory, but the stakes are so high here. While I can understand the value in mental health professionals using Twitter to share best practice, it should never be at the expense of dignity and confidentiality. The tone of these ward accounts is all wrong – happy, smiley emojis covering the faces of those detained, talk of infantilised fun with the ‘service leaders’ – it paints an idealistic picture of life on the ward that is pure fantasy. I don’t go into hospital looking for ‘fun’. I hope that I receive timely care, that my human rights will be upheld, and that my dignity and confidentiality will be respected. Sadly, none of this has been the case in my own recent experience of Sussex Partnership hospitals.

The emoji pictures of patients have since been removed, after an uproar from professionals and service users alike. However, data still remains that could be used to make a jigsaw identification of a patient. The ward ‘newsletter’ includes a patient blog section where details about patient’s care and life stories are shared, and so-called ‘service leaders’ are still visible in some pictures.

It is all the more galling because the problems at Mill View Hospital have been well documented in recent years. There was a death on one of their wards as recently as December last year, that resulted in a coroner ordering an immediate investigation into safety. She described the ward involved as “mismanaged and chaotic”, and accused Mill View staff of giving the subsequent police investigation “the run around”. I am left wondering how the families of those who died there would feel about this kind of gratuitous self-promotion on social media.

Another problem on Twitter is that the ideas shared can be lost in their repurposing. One ward in Leicestershire, posted a picture of postcards with motivational quotes on, stating they were writing a personalised crisis plan on the back for each of their patients being discharged. A nurse from Sussex Partnership took this idea and recreated it, but instead of a personalised crisis plan, they listed generic crisis numbers on the back. What was a nice idea – personalised crisis plans on more than just hospital stationery – lost all it’s substance and became just another opportunity for ‘likes’ on Twitter. I left a Sussex Partnership hospital earlier this year without a proper care plan. If they had given me a motivational postcard with generic crisis numbers taped to the back, it would have felt like a punch in the face.

There are real people in vulnerable situations behind these Twitter blunders, that are having their human rights totally disregarded by Sussex Partnership staff – just for some ‘likes’ on social media. It suggests a culture where PR is valued over anything else. Until Sussex Partnership take raising their standard of care seriously, we should watch their Twitter rebrand with caution.